Teamster Local 986 has the finest members in the International Brotherhood of Teamsters.

Teamster Local 986 has the finest members in the International Brotherhood of Teamsters.

by shopping at Teamsters Costco Stores.

by shopping at Teamsters Costco Stores.

For more than 40 years

Teamster representation has given more than 15,000 Costco workers a strong voice and the ability to earn a middle-class income with great benefits in a safe workplace.

Teamster representation has given more than 15,000 Costco workers a strong voice and the ability to earn a middle-class income with great benefits in a safe workplace.

You can count on your International Union standing with you and your co-workers.

You can count on your International Union standing with you and your co-workers. 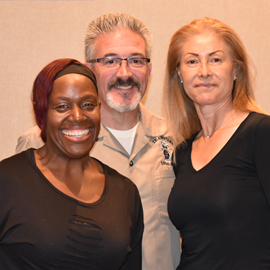 Recently, more than 3,000 Costco workers in 16 locations in New York, New Jersey, Maryland and Virginia voted to retain their union membership by an overwhelming 77.5% margin!

About the Teamsters Warehouse Division

The Teamsters Warehouse Division represents members in warehousing, distribution, food processing and related industries. Workers in these industries include drivers, lift truck operators, equipment operators, food processing workers and clerical employees. The Warehouse Division is one of the largest of the International Brotherhood of Teamsters’ 21 divisions and conferences. The division provides a variety of support services to local unions and their members. One of the Warehouse Division’s largest contracts is with Costco. For more than 40 years, Teamster representation has given more than 15,000 Costco workers a strong voice and the ability to earn a middle-class income with great benefits in a safe workplace.

Information to help in the workplace

Due to the recent revival of the 1 to 1 Front End ratio Costco has had to pay higher labor costs for staffing the Front End while still providing good customer service. In order to control costs the Company has tried to increase productivity on the Front End. Most warehouses have opted for Positive Reinforcement to reach their goal, while a few warehouses have resorted to Negative Reinforcement by establishing quotas and threatening employees with Corrective Consultations and/or posting a Slowest Cashier List.

The Teamsters Local office has gotten a lot of phone calls from concerned Costco employees, and I hope that this short letter clarifies both the Union and Company positions.

Is there a Quota for Customers per Hour, Items per Minute, etc.?

No. There are no quotas. In a Statewide Joint Labor Management meeting held on June 25, 2003 both the Senior Vice-President of Operations and Costco's Labor Department confirmed that there are no quotas on the Front End.

If there are no quotas, then why am I forced to ring faster?

The quotasare not true quotas they are GOALS. The Company wants to get more bang for their buck so they would like their cashiers and assistants to perform at a reasonable rate.

Can the Company tell us what the reasonable rate is, and then write us up if we don't reach it?

No. That is also a quota the National Labor Relations Act (Federal Government) states that the setting of quotas must be done through negotiations. The Company cannot arbitrarily set quotas without potentially having legal problems.

No. Note that Non-Union warehouses can have quotas.

If these are only goals, does that mean that I can ring slower?

No. The Union cannot support a work slowdown. Each cashier/assistant team must always remember to give the Members good customer service at an efficient speed that guarantees to protect company assets. In other words, go at the fastest pace that ensures that you don't mistender checks, get door audits, and still give your Member a good experience.

How can I speed up my line?

Ask your supervisors or other speedy cashiers for tips. Usually a good assistant can help speed up a line by collecting cards, offering a pen for checks, having boxes ready, etc.

Remember - Do a good job so the Members keep coming back - always be courteous, always be efficient, and always do your best to try to hit the goals.

What are my Weingarten Rights and what are my rights in a meeting with Management?

Under the Union Costco contract...

The right as employees covered by the NLRA, is to request union representation during investigatory interviews if they reasonably believe that the interview could result in their being disciplined. This means that if you are being questioned by a manager and you think that a corrective consultation / suspension / termination may happen from the questioning...you have the right to ask for a Shop Steward to be a witness and help protect your rights. ASK FOR A STEWARD AS SOON AS THE QUESTIONING BEGINS.

Weingarten rights also guarantee the rights of union representatives to assist and counsel employees during interviews which could lead to discipline. This means that once you have ASKED FOR A STEWARD you and the Steward can discuss the issue out of earshot of management and / or stop the meeting to discuss the issue with the Steward prior to continuing the meeting with management.

Your negotiated contract also gives the employees MORE RIGHTS than the law gives regular union workers. A Shop Steward shall be present at all disciplinary meetings... ASK FOR A STEWARD AS SOON AS THE MEETING BEGINS this includes ALL corrective consultations (Documented Discussion, verbal, written, suspension, and termination), provided a Shop Steward is available. If a Shop Steward is not available the employee has the right to waive the three day time limits that management is given to issue the consultation, and the consultation will he issued at a later time. Also note, a Manager must issue the Documented Discussions and Corrective Consultations...a lead or 'supervisor' cannot because they are part of the bargaining unit and are also covered under the contract.

Under the Non-Union Costco Handbook...

Locations in Southern California that are Union

Teamster families are reminded that not all Costco stores are Union-staffed. The following list of Costco stores in southern California employ Teamsters Union members.  Buy your supplies Union! Support fellow Teamsters by shopping at the following Costco locations....