Six-Year Contract Puts Teamsters at the Top of the Industry

(WASHINGTON) â€“ Mechanics at United Airlines stations across the nation ratified a six-year National Joint Collective Bargaining Agreement with the company today after more than three years of negotiations.

More than 9,000 mechanics in the bargaining unit will see their compensation move to the top of the industry, marked improvements in leave and a unique industry reset, which will put the mechanicsâ€™ package 2 percent above the highest compensation in the industry every two years. Teamster members will also receive a signing bonus worth tens of thousands of dollars.

â€œThis is a landmark day for the Teamsters,â€ said Jim Hoffa, Teamsters General President. â€œFrom the very beginning of the aviation industry, the Teamsters have been raising standards for workers. As a union, weâ€™ve taken another step up today.â€

â€œThis contract represents the largest contract for a mechanics group in airline industry history,â€ said Capt. David Bourne, Director of the Teamsters Airline Division. â€œIt is a package worth a collective $1.7 billion dollars in improvements in compensation and benefits over the current agreement. Iâ€™ve always said proudly that Teamster contracts are the strongest in the industry and this contract is one of our strongest ever. Iâ€™d like to acknowledge the incredible work of International Representative Clacy Griswold on this agreement and for decades of service to Airline Division Teamsters. It is fitting that his storied career would culminate with the largest contract ever for airline mechanics. Iâ€™d also like to thank International Representatives Bob Fisher and Capt. Paul Alves and the entire negotiating committee.â€

â€œThis contract was possible because of the solidarity we demonstrated shift-to-shift and station-to-station,â€ said Joseph Prisco, a 27-year mechanic at United Airlines and a member of the United Airlines negotiating committee.

â€œAs mechanics, weâ€™re taught to work as a team to accomplish the important goal of aircraft safety. Using that same team concept, we stuck together with professionalism, solidarity and purpose to get an industry-leading contract.â€

Founded in 1903, the International Brotherhood of Teamsters represents 1.4 million hardworking men and women throughout the United States, Canada and Puerto Rico. Visit www.teamster.org for more information. Follow us on Twitter @Teamsters and on Facebook at www.facebook.com/teamsters. 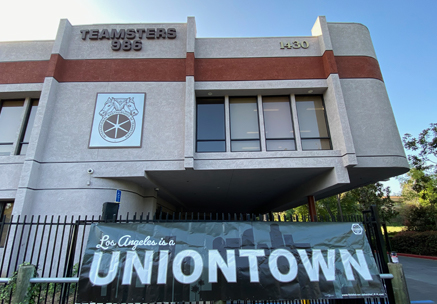 Nevada Workers Should Get Their Jobs Back!

The ABC's of Independent Contractor Status